Traffic Rules: New Rules for Traffic Violations 2019 in India | Breaking the law in any sense is bound to attract punishment. The severity of this punishment depends on the nature of the crime. In relation to breaking traffic rules, citizens can be asked to be disqualified as fines, serving a jail term or banning driving any vehicle. 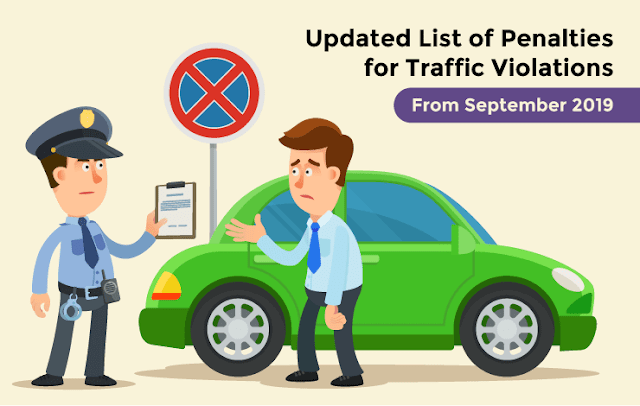 Highlights of Traffic Fines for Violations

New traffic rules are implemented from 1 September 2019 in India:

1) Driving Without License:
The fine for driving with DL has been increased from the earlier penalty of Rs 500 to Rs 5,000.

3) Driving Regardless of Disqualification:
Penalty for driving has been hiked from Rs.500 to Rs.10,000.

5) Not Wearing Helmet:
Riding a two-wheeler without wearing a helmet is Rs.1,000.

7) Offences by Juveniles:
While there was no penalty for this type of offense, the New MV (Amendment) Act, 2019 imposes a fine of Rs 25,000 with 3 years of imprisonment, for which the owner or guardian will be held guilty.

8) Offenses related to enforcement of officers:
While there was no penalty for this offense, the new fine is double the penalty under the respective penalty.

Traffic Rules: Get away from the fines and fines generated due to breaking traffic rules in India, people try to bribe police officers. To some extent, people manage to get away by giving bribes in the form of cash. However, bribing an officer is a crime in itself and should not be committed. The government is taking some measures to reduce and eventually eliminate this tyrannical crime. The system is similar to buying something and using your debit or credit card to pay money and receive receipts. In this way, cash does not come into the picture and the money is directly transferred to the government. In this way, they can keep an eye on the crimes and the people involved. 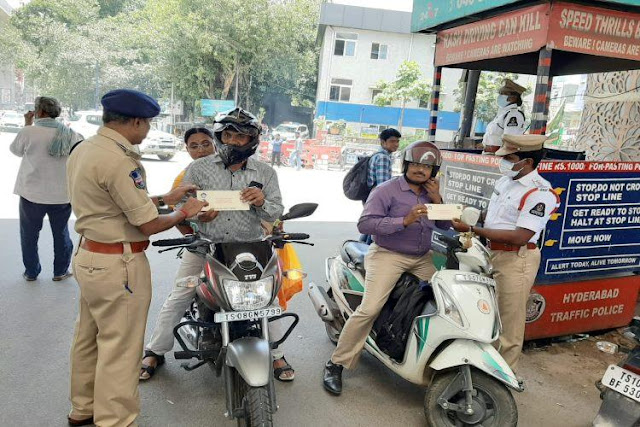 2) What is the rule for the use of mobile phones?
No driver shall use a mobile phone while driving a four-wheel or two-wheeler.

3) Can passengers of the vehicle use mobile phones?
Yes. Anyone other than the driver can use a mobile phone.

4) If I am a doctor, can I use a mobile phone?
No, exemption is not given to anyone. You can stop the vehicle and then use your mobile phone.

7) What is the penalty for a vehicle which is not insured?
Insurance is compulsory in India. If you are found driving or riding a vehicle without insurance, you will get Rs. I will get up to 3 months for the first time. 20,000 and / or a fine of imprisonment and it will be Rs. 4,000 and / or imprisonment for 3 months. another example.

Traffic rules are made for your safe and secure drive, always follow the rules… Thank You